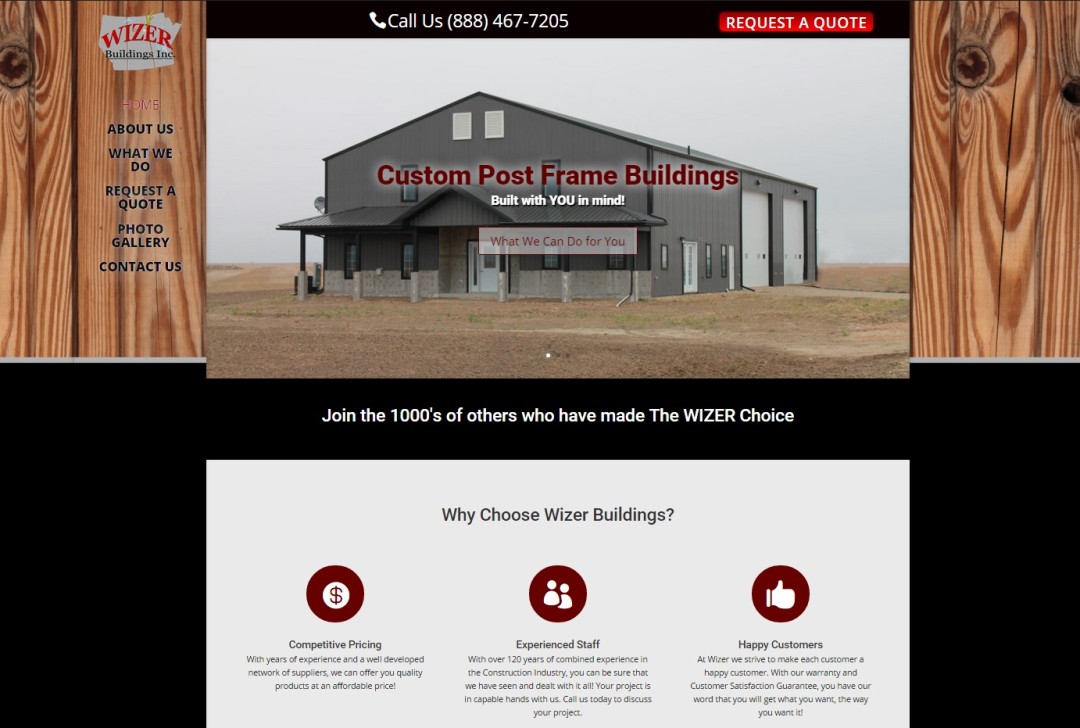 Wizer Buildings had a website that was about 2-3 years old. After a lot of hard work and money went into it… they still weren’t happy with it. It worked… had a CMS and they could change the content of the site… but they had no control over anything else. The company who built it originally was charging an insane hourly rate for any changes (over $100/hr) so a lot of things were just kept the way they were instead of being changed. With more and more people using mobile devices nowadays to browse the web, they wanted to make sure their website was mobile-friendly (the site was built right before mobile friendly sites became the standard way to build websites), so they went back to the original designers and asked what it would take to make the website responsive. Apparently it was cash… over $3000 to add the feature. This wasn’t acceptable so they made the decision to move to a different webdesign company, one that was more into serving their customers instead of filling their pockets. In comes QuinTech Solutions. We created a new design (they never really liked the old one), but used all of the content from the old website to populate the new one. From the outside, it just looks like the site got a makeover, but under-the-hood is a brand new engine that gives them full control over every aspect of the website. With the money saved by going with QuinTech Solutions, they could now implement a feature that they’ve been wanting to get for several years. Check out the Color Visualizer Tool that’s on the site. Pretty neat… eh?